Edison is playing a leading role in the development of new infrastructures to import natural gas for Europe and Italy.

The Adriatic LNG Terminal, the first offshore facility of this kind in the world, became operational in 2009. It imports 8 billion cubic meters of natural gas a year, equal to 10% of Italy’s natural gas needs.

Other important projects under development are the IGB pipeline between Greece and Bulgaria, Eastmed pipeline to connect the gas resources from the Eastern Mediterranean, the Poseidon pipeline between Italy and Greece and Galsi gas pipeline, which will link Algeria to Sardinia and Tuscany. 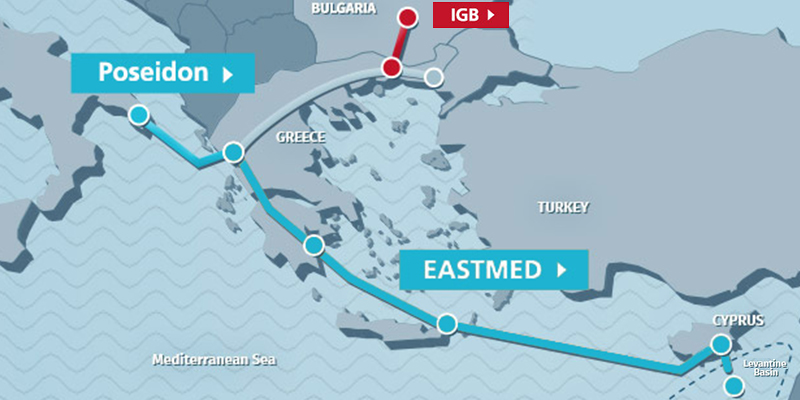 The agreement, signed on November 4th, highlights the intention of both actors to cooperate to the combined gas pipeline project’s development with the aim of bringing the Oriental Mediterranean gas in Europe. With this Memorandum of Understanding, both societies are committed to create a joint working group and a steering committee which will explore the various aspects of the project and (of) the / its collaboration.

The Adriatic LNG Terminal is the first ever offshore Gravity Based Structure (GBS) for unloading, storing and regasifying Liquefied Natural Gas (LNG).

The new gas pipeline will link Algeria with Italy and will be used to import natural gas.