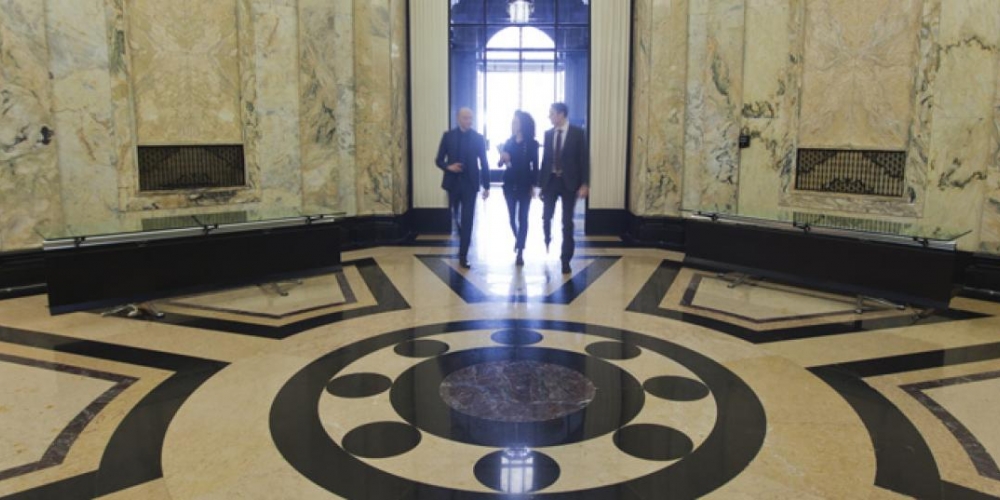 Upon the listing of its shares, which occurred (December 2002), the Company adopted the rules of conduct of the Corporate Governance Code promoted by Borsa Italiana, thereby configuring its system of corporate governance, which is the set of standards and behavior guidelines deployed to ensure the efficient and transparent functioning of its corporate governance and internal control systems, consistent with the recommendations of the above mentioned Code. This system was changed from time to time to reflect the change to the Code and, with the exceptions mentioned below, is consistent with the rules set forth in the July 2014 edition of the Code.

Consistent with its status as a company under Italian law Edison adopted a system of corporate governance, based on a conventional organizational model that comprises: The Shareholders’ Meeting, a Board of Directors (which also operates through the Chief Executive Officer and the Directors who are empowered to represent the Company and is supported by Committees established with the framework of the Board of Directors), a Board of Statutory Auditors, the Independent Auditors and the 231 Oversight Board.

In addition to those listed above, governance entities include the Special Meeting of Savings Shareholders.

The governance structure is integrated and enacted through the Company’s management structure, the main components of which include the following:

Lastly, for several years the Company has focused its efforts on economic growth, which is also able to minimize the impact of its activities on the environment and the social context. Starting from this year, in line with the new EU provisions incorporated into our legal system with Legislative Decree No. 254 of December 30, 2016, it has prepared a Statement on non-financial information (the “NFS”). The 2017 NFS, approved by the Board of Directors at its meeting on February 14, 2018, incorporates some of the content that was already included in the Sustainability Report, which Edison - one of the first in Italy - had prepared every year since 2004 on a voluntary basis and subjected to a voluntary audit by the Independent Auditors. 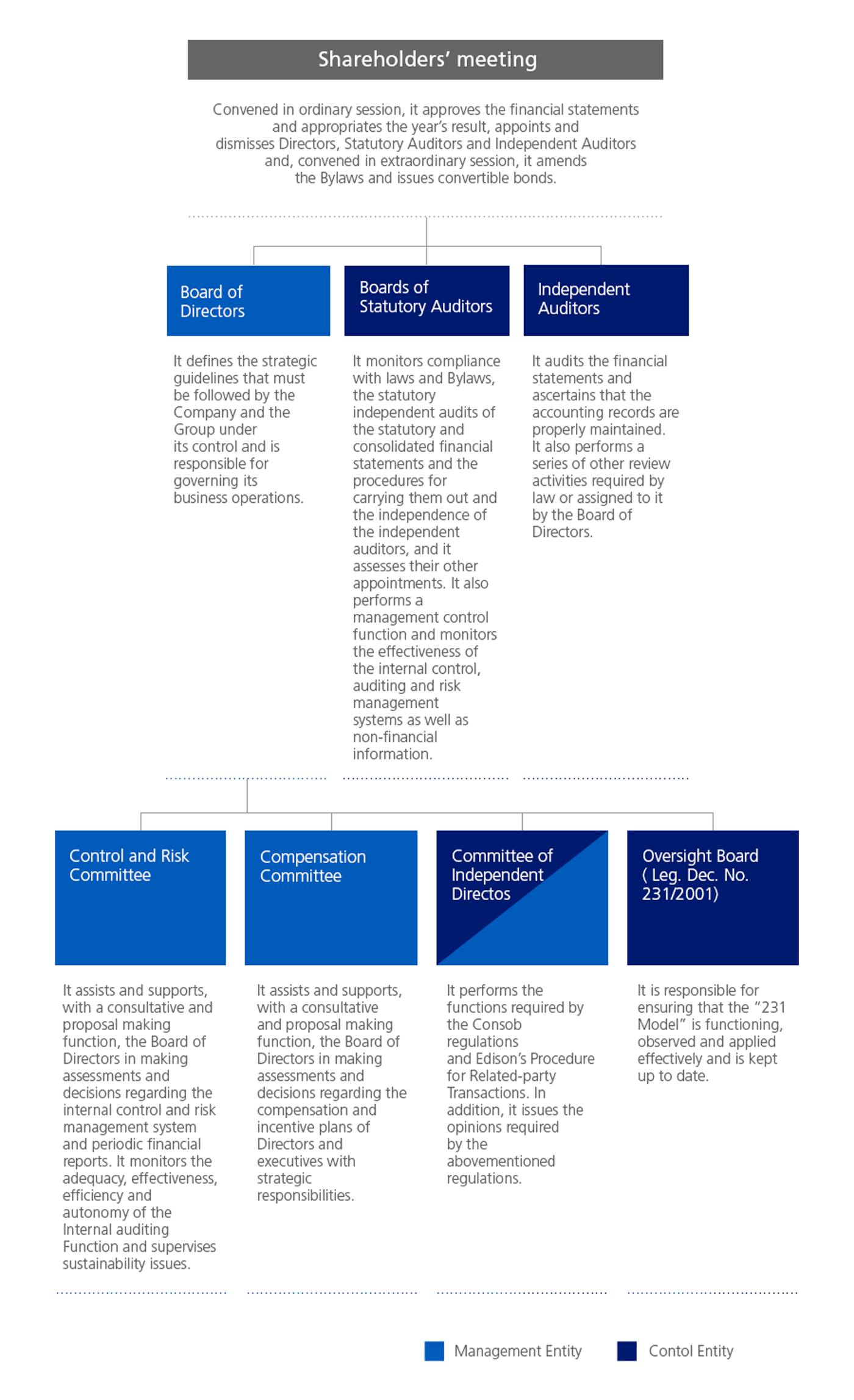 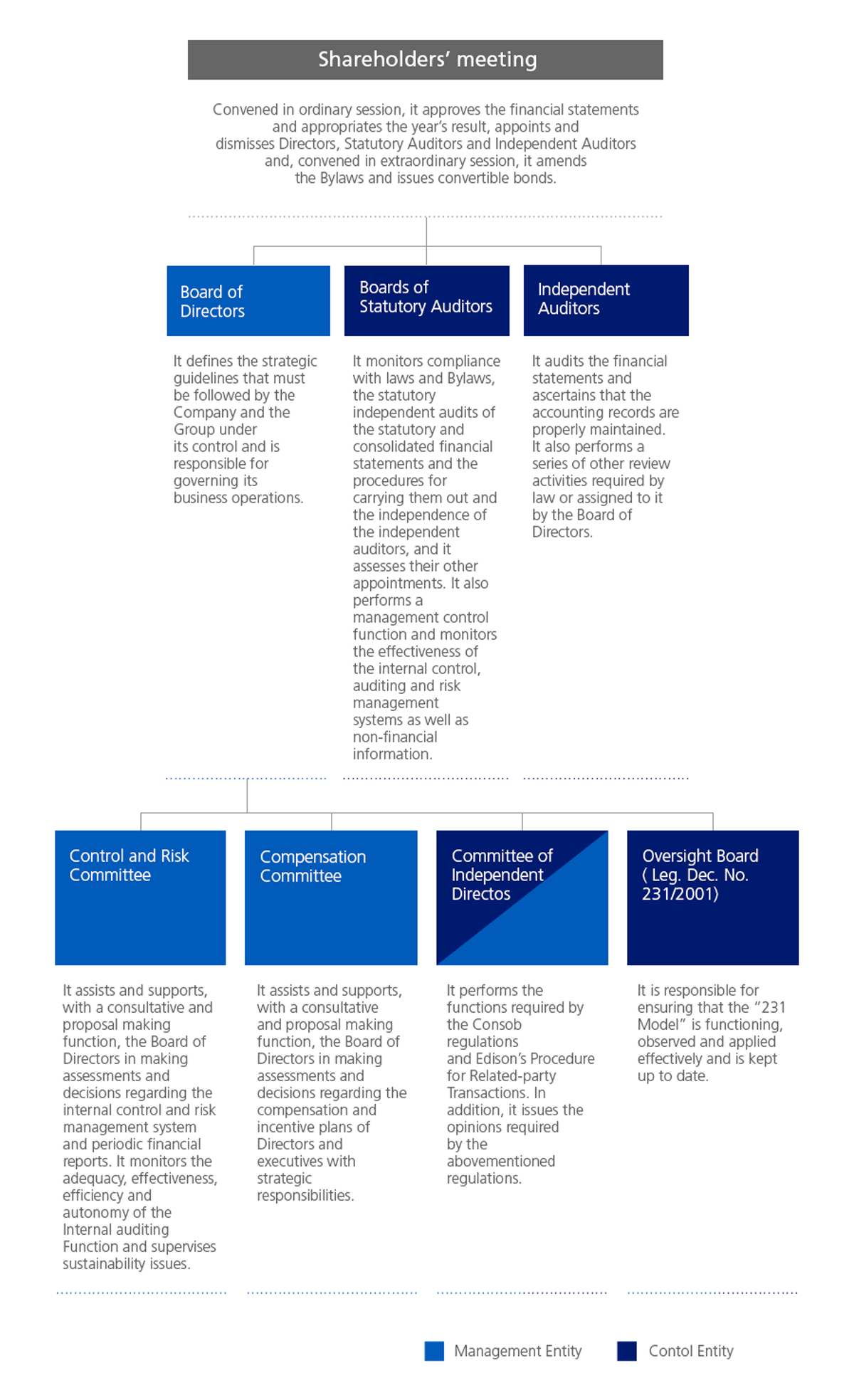 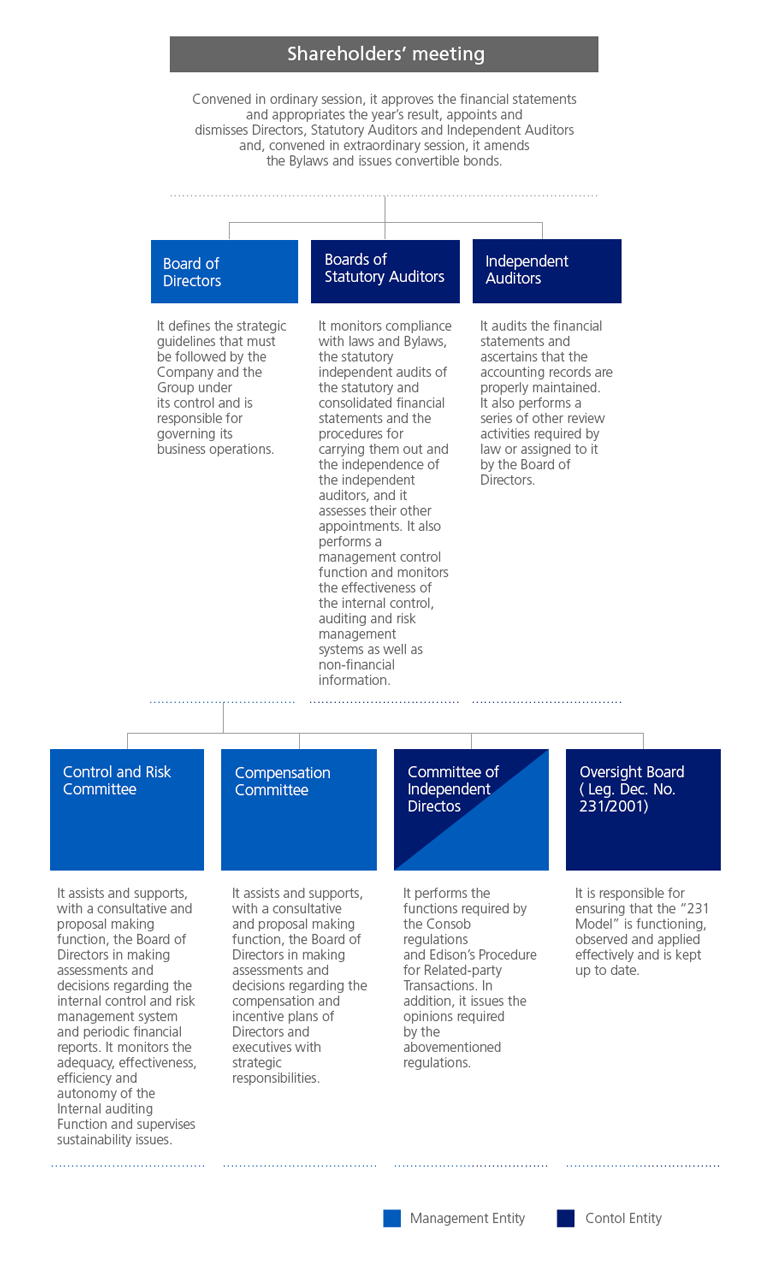